Hi All! A new version of CMS Drupal number 8 has been released. The development of this version began as soon as the Drupal 7 was released in 2011. During this time, the 8th version has gone far from the 7th version.

Drupal 8 will allow you to quickly create your company’s website, a small portal or an online store, only using standard modules. Of course, at the time of the release of Drupal 8, there are a few additional modules, but pretty soon they will be ported from the Drupal 7 to the Drupal 8. So within 2-3 months after the release of Drupal 8.0, you can use it for your site.

Immediately after installing Drupal, all materials (pages and articles) are published on the main page. In fact, after installation, this is a blog that can be expanded to whatever you want.

In Drupal 8, you will have a convenient control panel on top.

Administration pages are enabled in pop-ups. If you click on Content and then on Add Material, you will see a form for adding material:

After adding materials to the site, their abridged version is displayed on the main page. When adding an article, you can insert a picture, register tags, use the CKEditor visual editor to edit text (as in LibreOffice Writer or in MS Word). 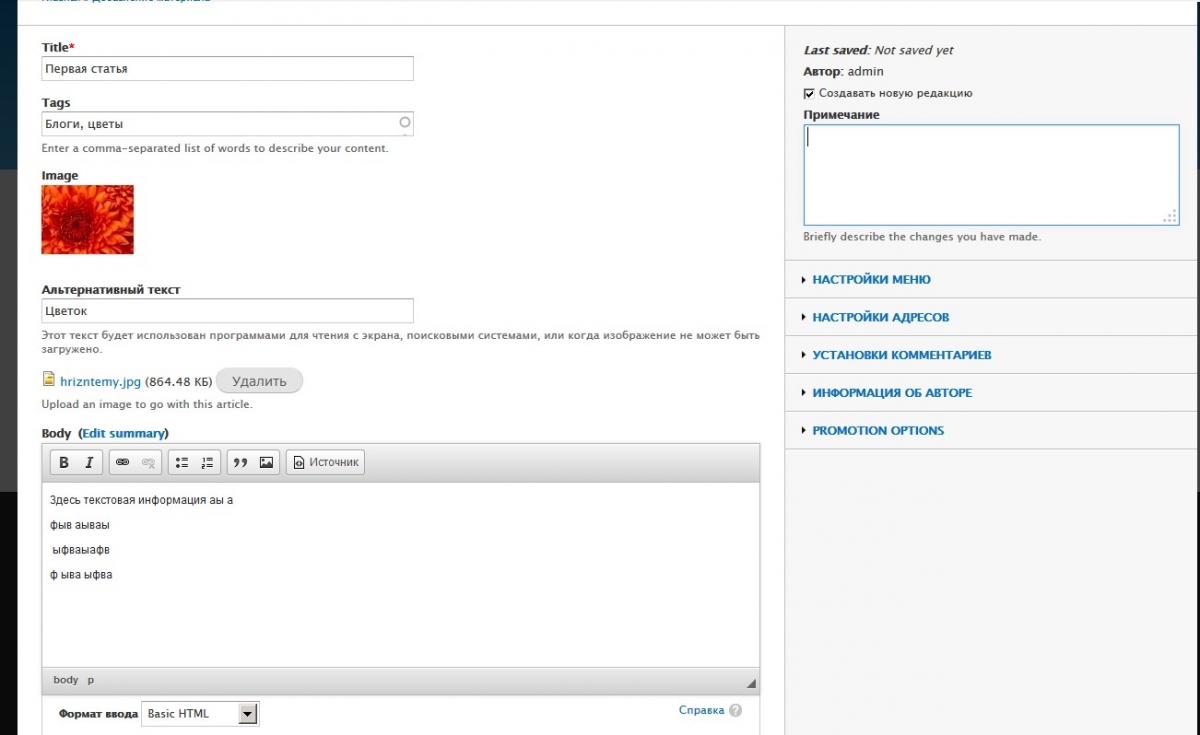 As a result, you will have a blog on the main page: 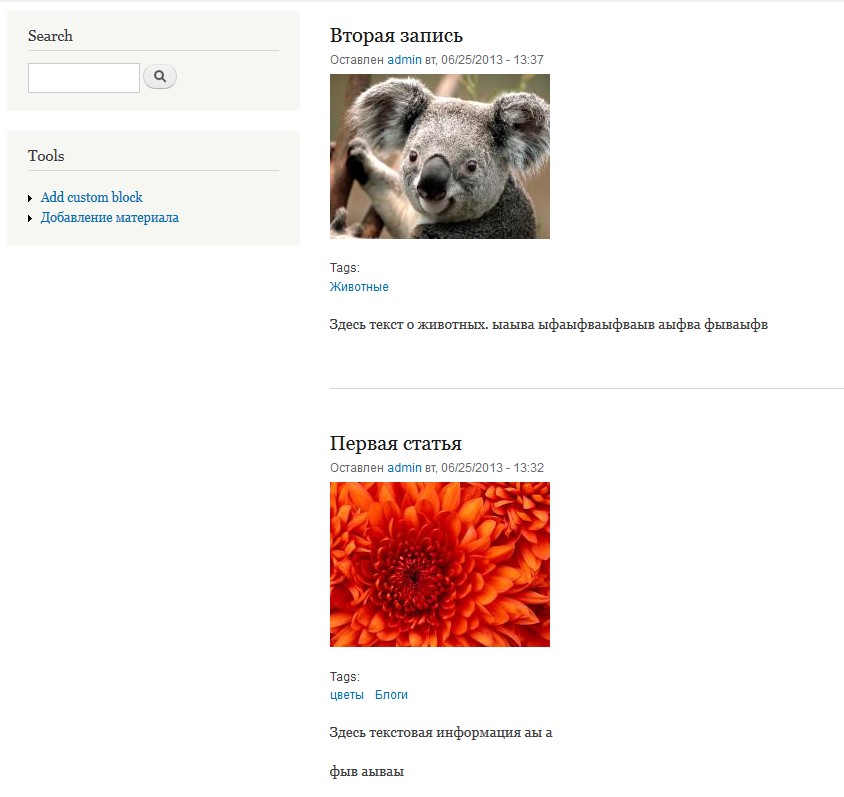 Drupal 8 made a very convenient content management system. We have already seen the Content page, where you can see all the materials on the site with filters. But you can also edit content directly from the site, just hover over the desired text and you will see the edit icon:

And we correct everything that is needed right on the site: 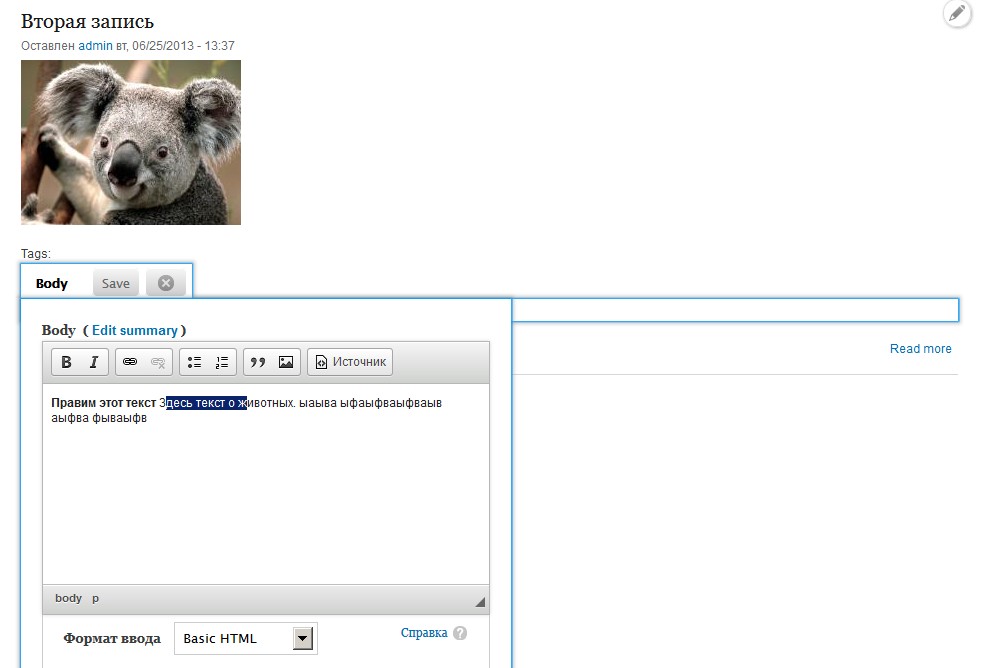 Now we can edit everything right in the text of the article! This is convenient for people who are still little familiar with Drupal.

The necessary pages can be made in the menu. In Drupal, the menu can be added immediately when adding materials. 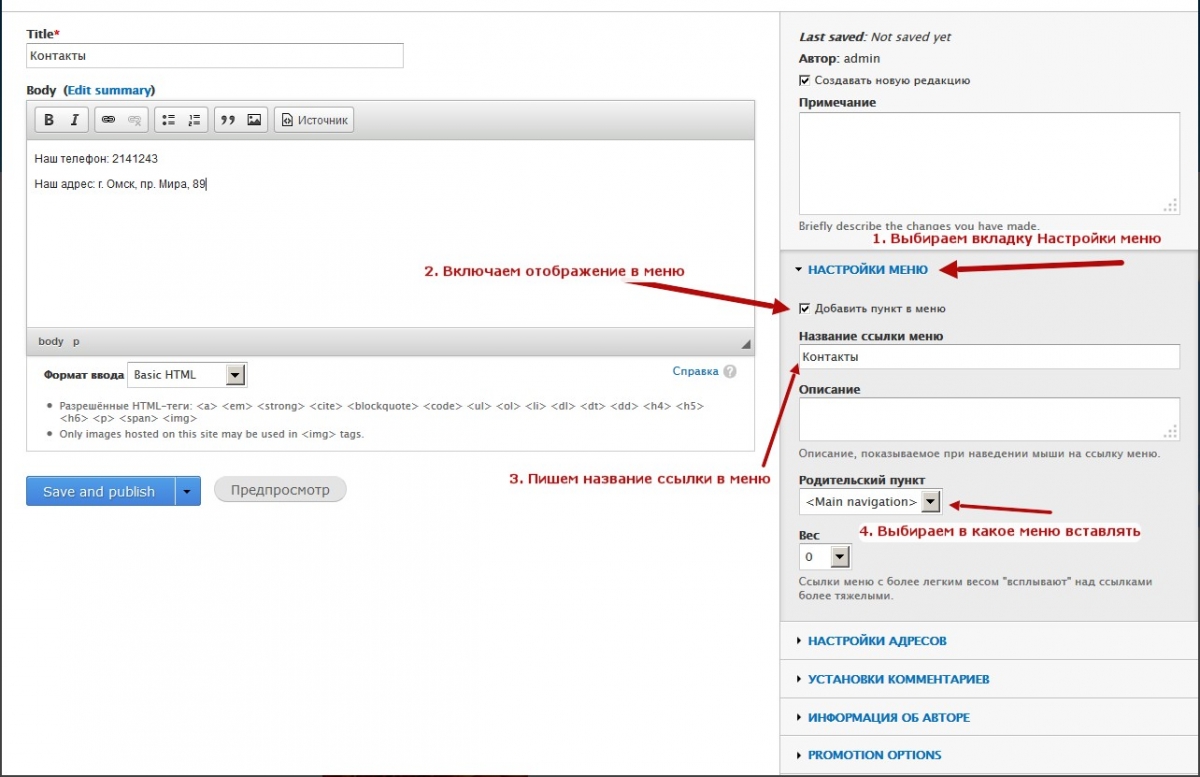 Now we have a new link in the menu: 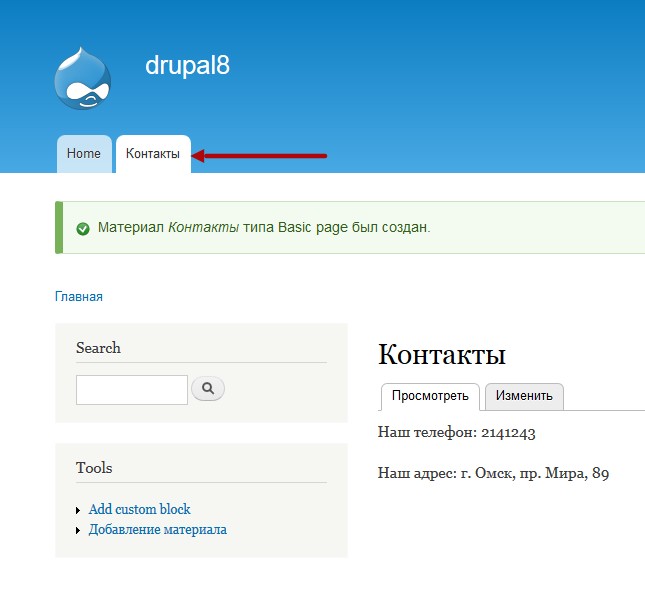 We can also easily add a new menu: 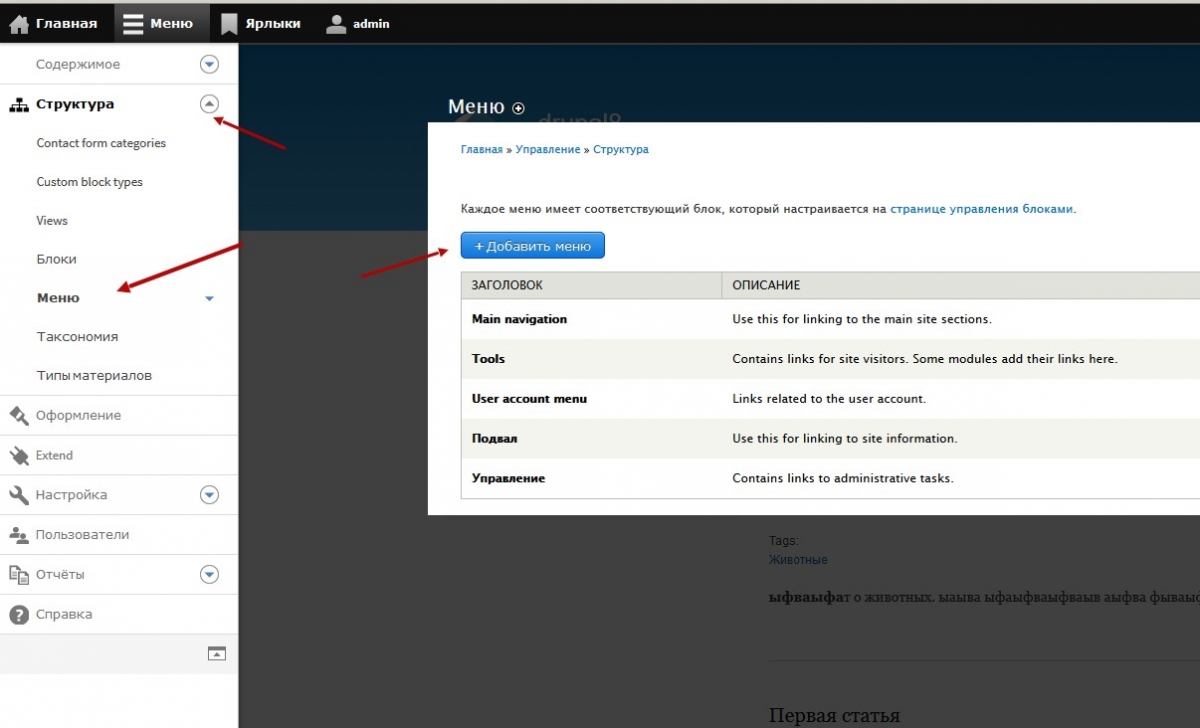 Now you can add pages to our new menu. Each menu is displayed on the page as a block in the region we need. 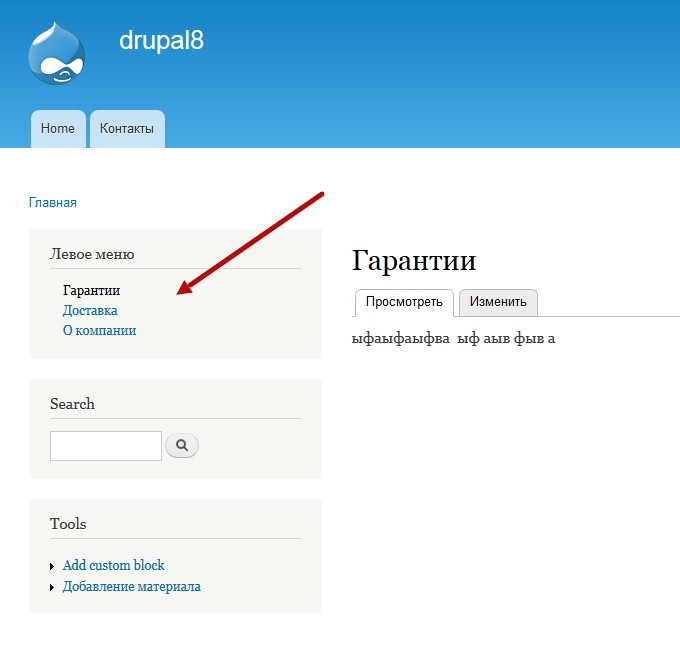 One of the nice features of Drupal is the addition of fields to everything: materials, users, comments and so on. As well as in the Drupal 7, modules for working with fields in the core of the Drupal 8.

In Drupal 8, as in other versions of Drupal, there is block management. Through the blocks, you can display text, menus, news and any other materials and site data. In Drupal 8 blocks are the same entities as materials, comments, users, and you can add fields to them and divide them into block types. 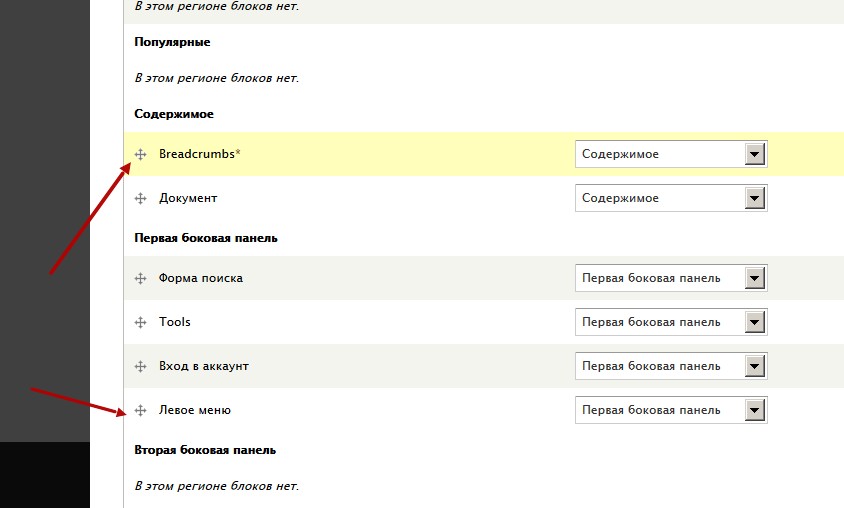 Work with users is the same as in the Drupal 7. You can manage access rights and roles as you wish:

Comments are the same as in Drupal 7.

Just like Drupal 7, in the Drupal 8, the kernel has modules for working with images.

Views are now at the core! This query and output constructor for anything is used on the vast majority of sites, so now it is part of Drupal 8.

And many other additional modules

We will talk about them in next articles.

Drupal uses some libraries from Symfony 2 and Zend Framework 2.

All third-party libraries are now located in the folder:

For convenience, the Drupal core was also removed to a separate folder:

Among the libraries you can find such popular libraries as:

Doctrine - convenient library for working with the database. This library can be compared to Views in Drupal. It allows you to easily add new fields, use many-to-many relationships, and remove data from the database.

EventDispatcher (Event Manager) - a library for working with events. In fact, the same thing as the Rules module in Drupal does.

Autoloader - Drupal 8 has incorporated almost 10,000 files! So that all this does not load when you open one page, you need to load only what is really needed to generate the page. This is what Symfony 2 libraries should do.

The use of libraries is point-wise, only 3 libraries are used (possibly for now): Zend feed, Zend stdlib, Zend escaper.

1) The development time for the next version of Drupal will take less time. Drupal developers will no longer need to write part of the Drupal functionality; CMF Symfony developers will do this.

2) Symfony 2 requires PHP 5.3.3, which means that so many hosts with 5.2 or less simply will not allow Drupal to be installed. So you have to ask your hoster to update the software.

Drupal is responsive for mobile devices

Now Drupal displays by default perfectly under mobile devices, like this, for example, the bartik theme looks on the phone: 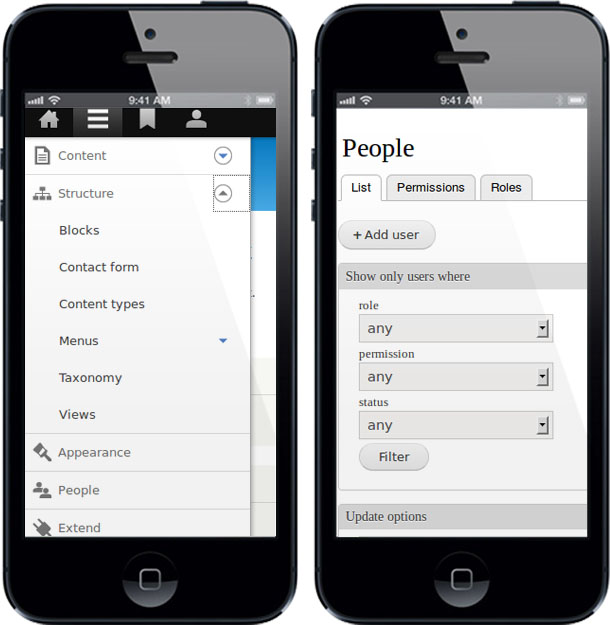 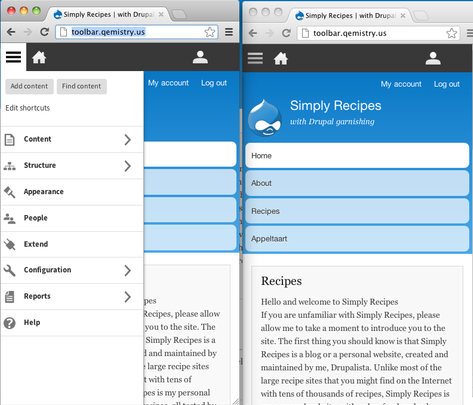 The article will be updated as I find something interesting in Drupal 8. In the meantime, I will do the full course on Drupal 8. 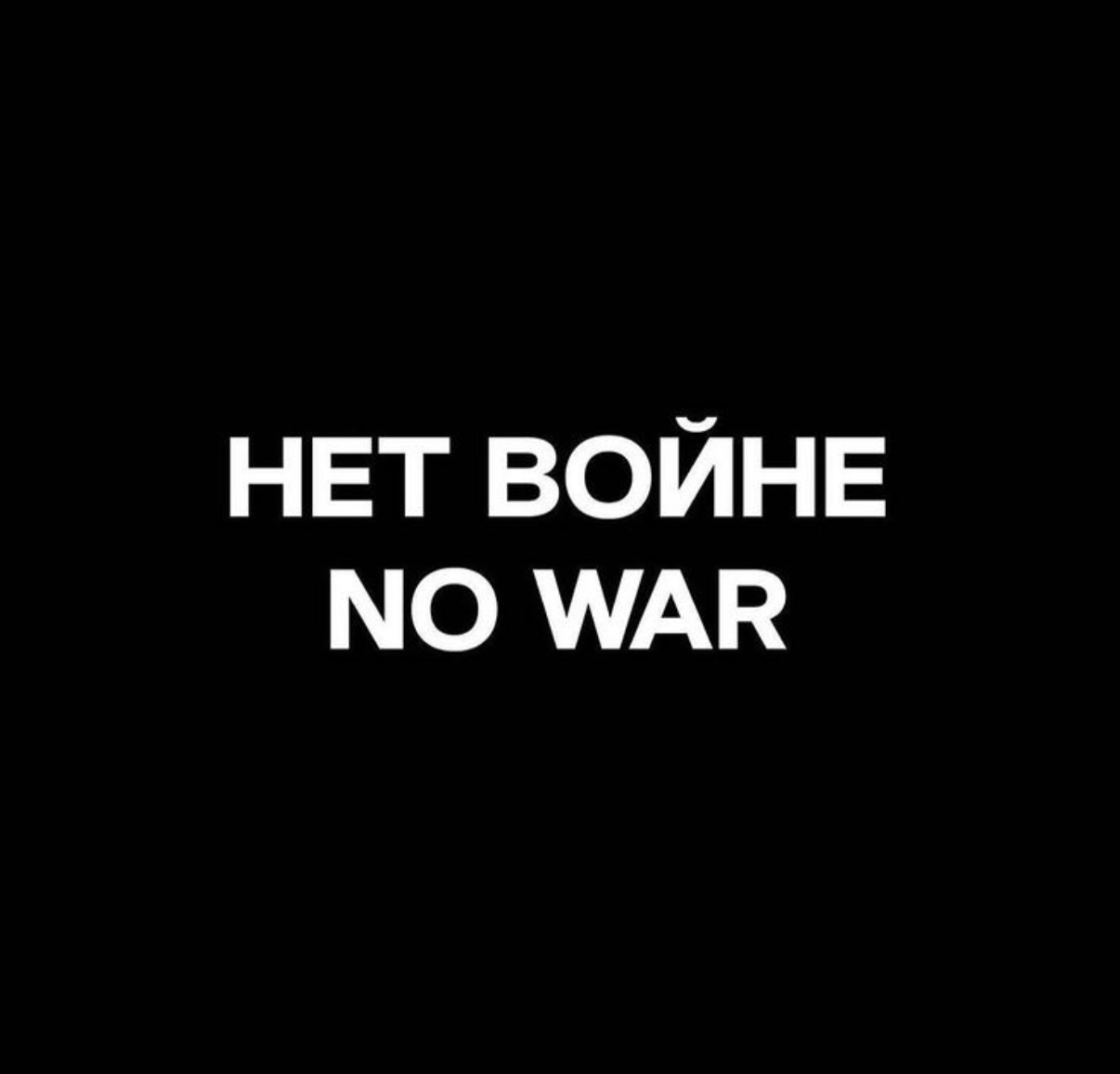